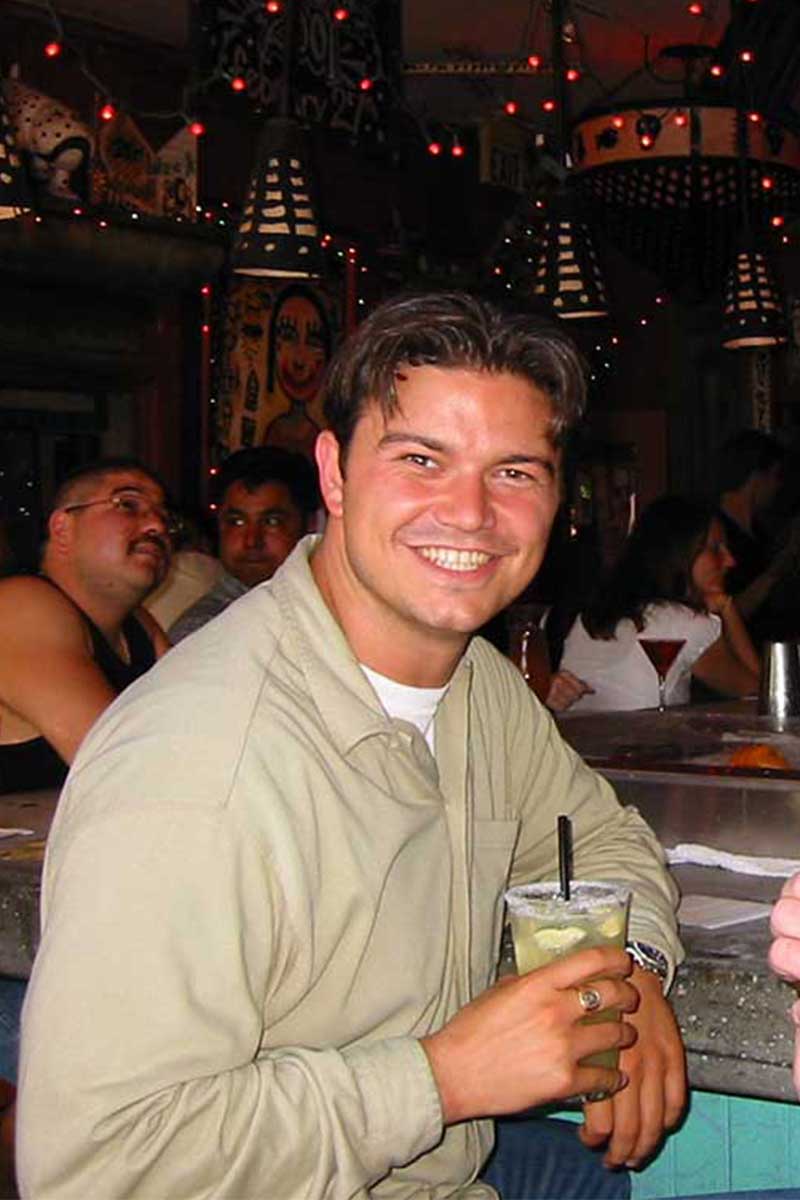 Michael Jay Amico Wallace was born April 3rd, 1973 in Leominster, Massachusetts. He has been missing from his home in California since February of 2003.

Michael is the third child of Angela (Amico) and Ralph Wallace.

Mike spent his childhood in Leominster surrounded by a very large supportive family and close knit group of friends.  He was president of his class, editor of the school newspaper and an all-star running back at Leominster High School. He was popular, successful, intelligent and talented. And at the age of 18, during his senior year, he was diagnosed with clinical depression.

Michael’s waves of depression came in cycles and often manifested itself in the cold winter months. In 1997 he moved to California, in part to escape this Seasonal Affective Disorder. He began working for SUN Microsystems.

Well into his 20′s, he could still be described as highly ambitious, eccentric, analytical, athletic and extremely passionate. But he felt that his depression drained him, and those around him, emotionally. Not only did he want to fix himself… he wanted to cure the world of this horrible illness and its stigma.

After a series of painful events, including the sudden death of his father, a separation from his wife and loss of his job (which he was fighting in court), to name a few,  Michael began slipping into another bought of depression.

With no family immediately around him, Michael seemed more desperate than he had in the past.  He was in therapy but had very few people that he felt could truly understand or help.  Talking to his family every day on the phone, he apologized for being a burden, even though we assured him he was not.  He mentioned “walking away” and taking on a new identity. That maybe somehow this would make things easier for everyone… including him.  We immediately began making plans to bring him home.

There is much more to this story, and there are many theories, but all start and end with the fact that Michael simply disappeared from his home in Menlo Park, California on February 4th, 2003.

In over 19 years, there has been no sign of Michael. He left no trace and he has not contacted anyone.  We search, we grieve and we struggle with the unknown with every day that passes.